The fist thermal images of the finished house were taken very early in the morning at the end of January. The results are very encouraging and show, as expected, that the insulation measures are working well, and that we have significantly reduced the amount of thermal bridges, particularly for the concrete gutters. The image above shows our house in the foreground with our neighbours’ houses beyond. The temperatures of the outside of our house are the same as unheated surroundings: vehicles, plants, etc. Compared to neighbouring houses, not only are the surfaces cooler (less heat escaping), but the temperatures are more uniform, showing good insulation continuity. 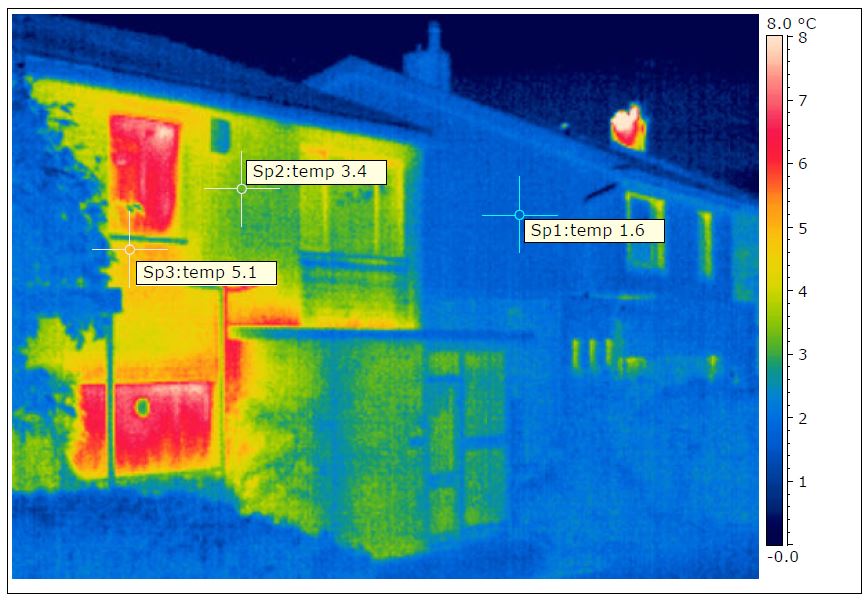 The image above was taken further up the street, with our house now in the background. Our neighbour’s house in the foreground has the same thermal properties as our house did when we moved in, i.e. no cavity wall insulation. The difference is quite striking between our properties. 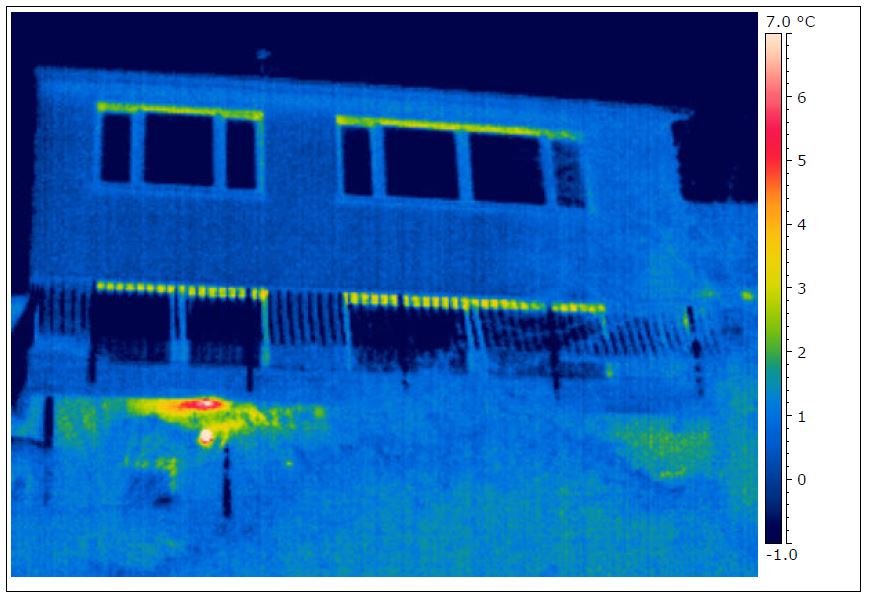 From the rear, the house appears to be performing well too. The wall insulation is continuous and the thermal bridging relating to the concrete gutters (as shown in an earlier post) have been eliminated. There is a small amount of thermal bridging around the new window frames, but this is expected given that we opted for less expensive windows that do not have thermal breaks in the core of the frame. 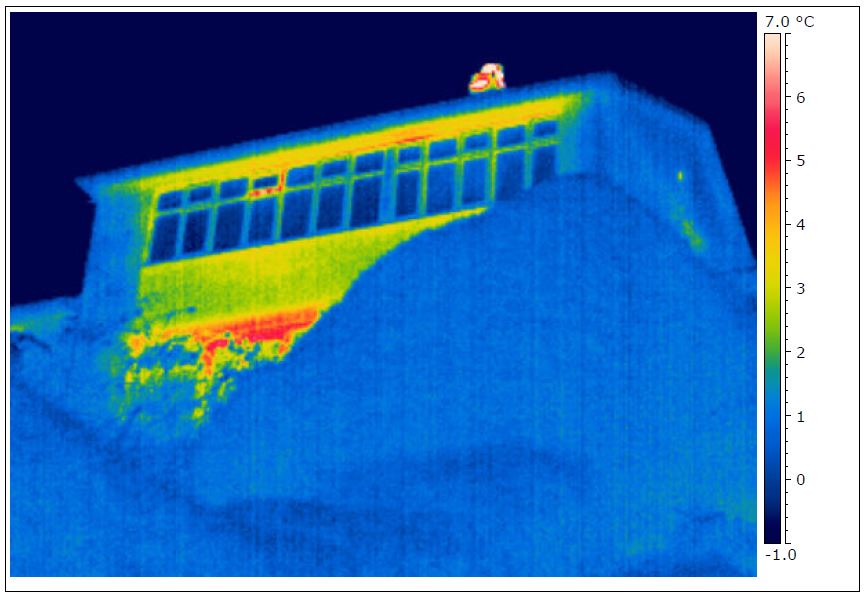 By contrast, our neighbour’s house is losing more heat, as shown in the image above. The thermal bridges from the concrete gutters and the single leaf masonry panel beneath the windows are quite evident. 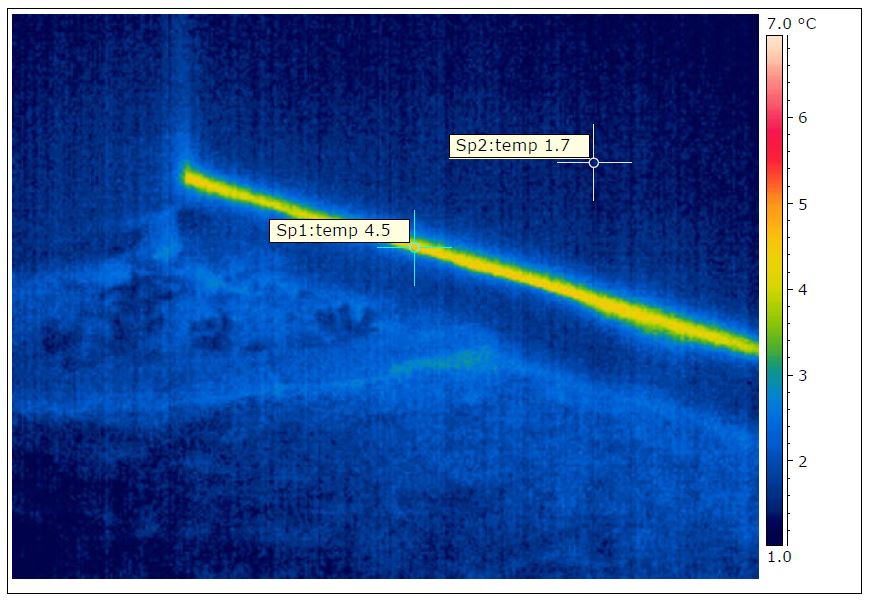 We have introduced some bridges that we hadn’t thought about. Ironically, it is from the steel trays that carry the external wall insulation panels that are conducting heat. These are fixed to the masonry (warm side of the insulation) and some of this heat is clearly coming through. Perhaps plastic trays would have been better. In the grand scheme of things, this is relatively minor stuff.