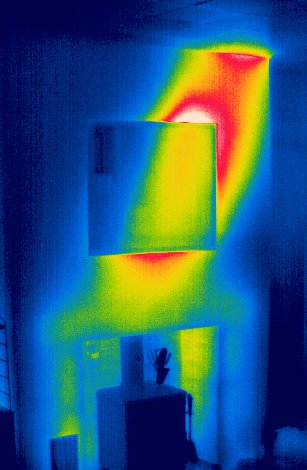 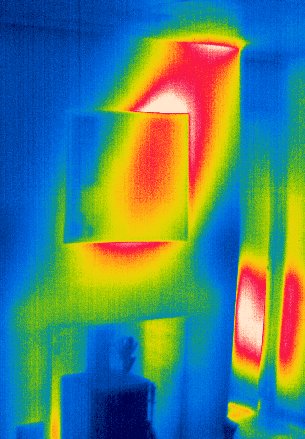 The two thermal images above were taken last week. The image on the left was taken at about 8am on the morning after we had the wood burner on. The one on the right was taken 4hrs later, around midday. With the stove cold (as shown by dark blue/black colours), it is quite striking how much heat is stored in the chimney, which is releasing this beneficial heat into the living room.

The right hand image shows a radiator (on the other side of the wall). The red and white colours (warmest) show that the heat being released from the chimney breast is similar to that currently being contributed by the central heating system. The heat finally dissipated at about 6pm on the same day – time to light the wood burner again.

Once the house is insulated, it will be interesting to see how beneficial this heat will be.